Good afternoon, dear readers. How was your lunch?

We hope you’ve enjoyed the morning’s regular updates. Because the earlier “as it happens” post was getting a little unwieldy I’ll go back to something a little more conventional.
First off, a brief summary of the morning:

70797 is becoming a nightmare for Buckie. It looks like external wiring conduits on both sides of the vehicle are at least partially rusted through to the point where the heating supply is earthing itself. Of course it’s failed safe, but rectifying it is going to be a bit of a mission.

Have a look through the morning’s videos here for more information as narrated by the man himself.

There was a pigeon. Let’s call it Fred. Fred visited and then left again.

Lynn and Maggie have been hard at it in the trim shop, Lynn stripping recoverable seats for recovering and Maggie making up new seat covers. It’s another big job which is going to keep us busy for a long time. But, as you saw last week, the results of their efforts is nothing short of excellent.

Editors Note:
I’ve just finished a 15 minute phone call where I’ve seen the work going on at Strawberry Hill and the stuff that I haven’t yet been able to tell you about. Maggie hasn’t just recovered one seat – she’s done four. Darren has carried on applying the H&S essential stickers to cupboards containing live wiring, as well as the shoe beams, and is fitting perspex covers to the exposed copper shoe fuse boxes. Lynn has stripped seats to allow them to be recovered, as well as acting as my eyes and ears so I can sit as my desk and tell you lot what’s going on. And all this while Buckie patiently works his way towards tracing the wiring faults aboard 70797.

I said this morning that preservation is supposed to be fun, and it is. But it’s also exacting. These people are giving up their spare time to revive 3417, doing the work required to as high a standard as any mainline company would expect for their frontline rolling stock and showing just as much pride in their work as they would if they were being paid. And they’re doing it for free.

It’s a privilege to work alongside them. Well done, everyone.

Let me hand you over to the man himself, and he’ll explain what’s going on and why in these two videos:

70797 is going to need a full rewire and, as Buckie says, that’s exactly what it’s going to get. Bugger it. I really hoped we could dodge a bullet on this one. Still, we have been so ridiculously lucky in so many areas when it comes to 3417 that I suppose the law of averages had to catch up with us sooner or later. Buckie will be doing some research and number crunching early this week to get an idea of exactly how much money will have to be spent on the materials we need – fortunately we can at least say that the manpower will be free!

For those of you who have been watching today, may I quietly point your eyes towards our donations page?!

It looks like we might be having to break open the piggy bank soon and it would be nice to make sure it’s a little more full when we do!

17:19
Well, it’s been another mixed day. Lynn and Maggie have called it a day, as have Buckie and Darren. While 70797 has been a bloody nuisance* at least we know now exactly how much work will be needed to bring it back into service. Maggie and Lynn have surpassed themselves with the seat bases, and Darren has single-handedly dragged 3417 firmly into the 21st century. 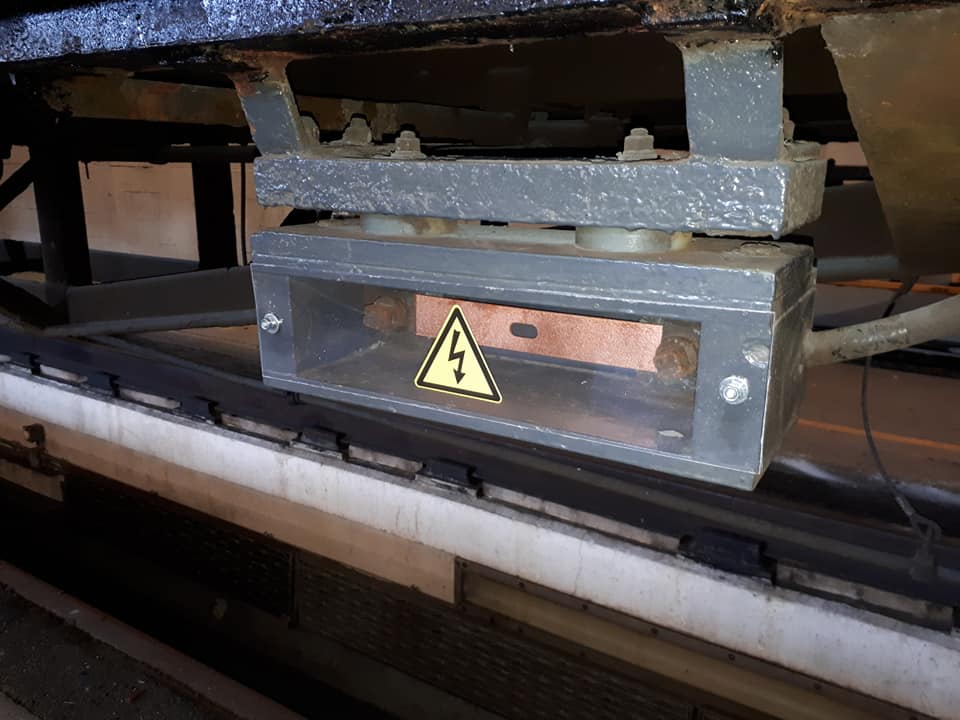 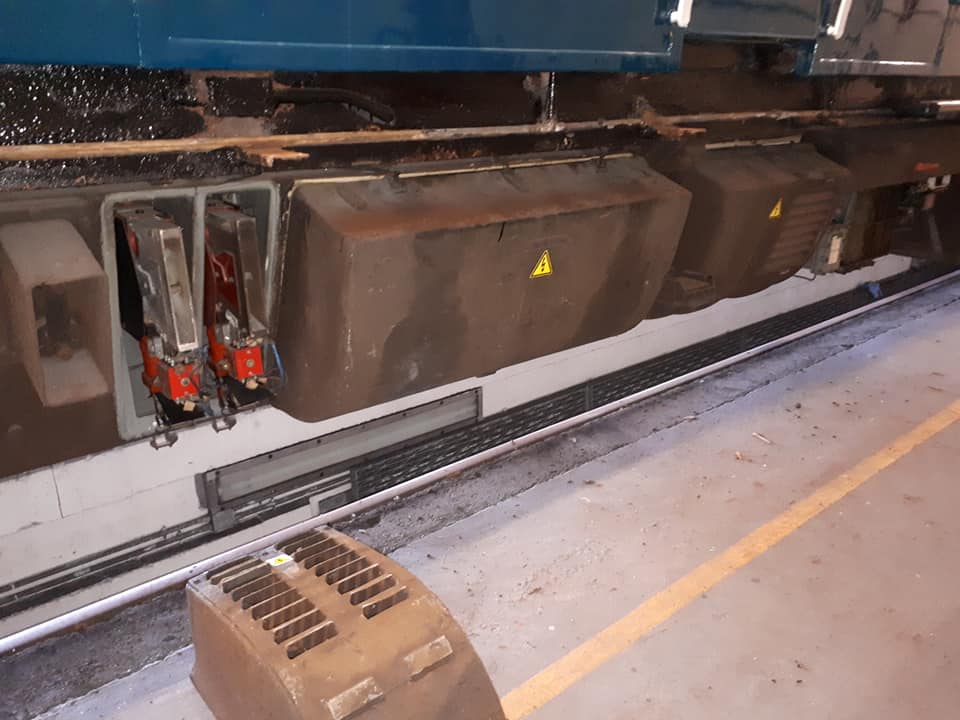 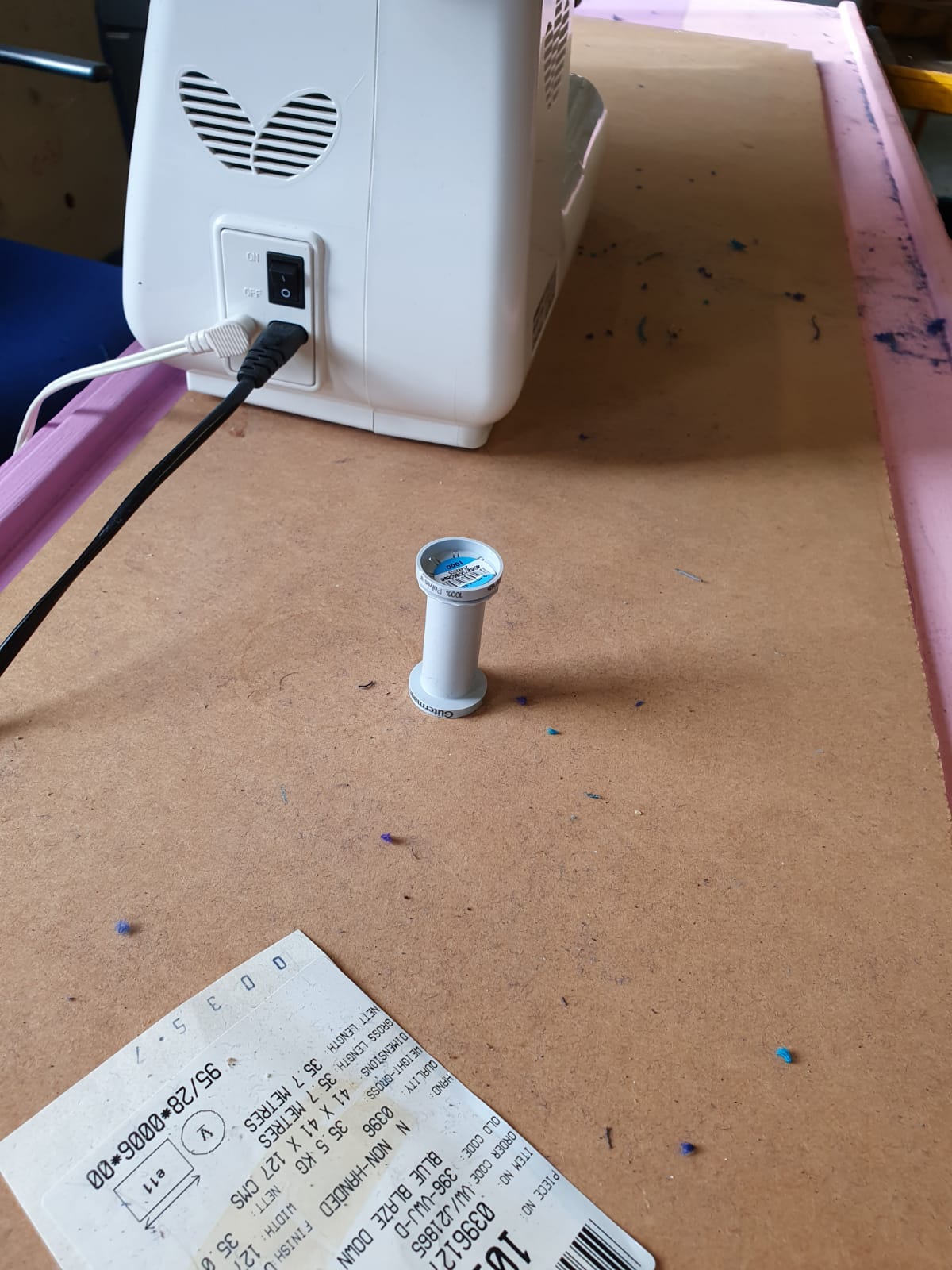 Well, that’s the lot. The Minions have done some sterling work, and now at last we know exactly how much work we need to do to bring 70797 back to life. Thank you for tuning in today, and I’m only sorry I couldn’t be on the ground to help out personally. As the week goes on we hope to have a firm idea of how much money will be required to order materials to replace the wiring and conduit on 70797. As soon as we have that information, we will get it to all of you via the website, Facebook and Twitter. In the meantime, on behalf of the Minions, a very good night to you all.