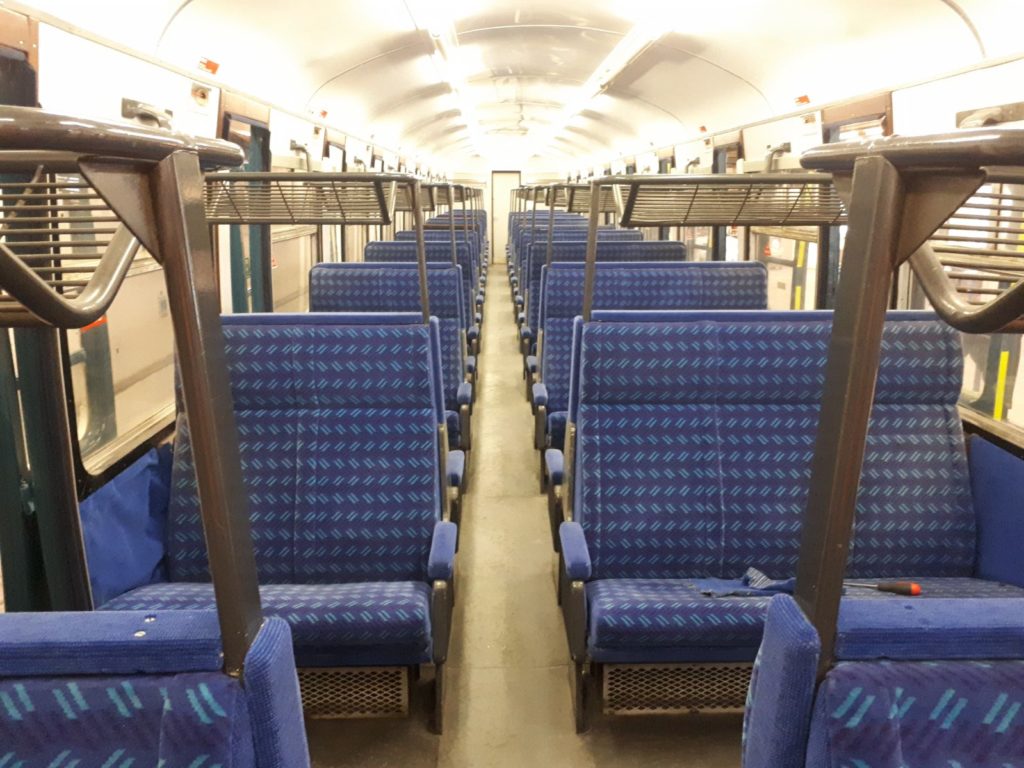 We have been extremely busy during the past few months, and it’s time to bring you up-to-date on some of the developments regarding the restoration of No. 3417.

After discussions involving the Senior Minions and Mr Pettitt himself over the last month we have decided that the restoration project deserves a name: we have christened it ‘Project Phoenix’. In order to make the project manageable, and in order to allow us to bring the unit back to a “paying basis”, the project will be conducted in phases. This phasing of work will allow us to make the best use of our current finances and to aim our small technical team at specific goals. We will be setting up an additional page on the website in due course to give you further details on the scale of work for each phase. We have all agreed that the ultimate goal remains mainline running – we want the public to experience the particular rush and hurry that comes when riding a Mark One Electric Multiple Unit at line speed. No other EMU preservation group is in a position to deliver on that promise; we intend to.

The first phase of Project Phoenix will allow the unit to be hauled “dumb” on the mainline and carry passengers on preserved lines. Phase Two will involve fitting the unit with Global System for Mobile Communications-Railway (GSM-R) cab-to-shore radios to replace the existing obsolete Cab Secure Radio system, and also fitting On Train Monitoring Recorder (OTMR or ‘Black Box’ recording) equipment – this will allow the unit to move on the national network under its own power, or to be driven in multiple with an assisting compatible locomotive. The third phase will involve fitting the unit with partial Central Door Locking (CDL) in order to allow the unit to once again carry passengers on the national network. Within each phase the work will go on to maintain the unit against the set Depot Maintenance Series 400 (DM400) standard by which South West Trains maintained their slam door fleet in service. We have placed no timescales on Phase Two & Three, but we believe Phase One is achievable within 12 months. It is our aim to carry passengers again in 2019.

Simply, if we can put bums on seats then we can begin building finances to address our future ambitions.

Phase One will involve a brake system exam, as well as attention to the internal trim and fitting new step boards. Barring certain aspects of the equipment overhaul the SETG technical team will be able to do the work ‘in-house’ and keep costs down. We have recently been invited to collaborate with the NRM’s Project Commuter scheme to cosmetically restore 2HAP No.4308, and are sharing in the cost of purchasing seating material; it gives us a small stock of trim to use as we begin to reconstruct the seating. We are also looking into suppliers for step boards. With those three areas dealt with, the unit will be once again be fit for traffic. This will be a significant milestone in the unit’s restoration to mainline condition and allow the unit to once again carry the fare-paying public.

This is the press release sent to the railway press regarding our invitation to work with the NRM:

The Network SouthEast Railway Society’s ’Project Commuter’ partnership with the National Railway Museum has joined forces with the Southern Electric Traction Group to move the restoration of two examples of classic Southern Region traction forwards.  Project Commuter is well advanced on the cosmetic restoration of the National Railway Museum’s 2-HAP EMU No. 4308.  With body work and painting largely complete attention has turned to the interior of the unit, with restoring seating being the largest single job.  After speaking to trim manufacturers, the group realised that it would make sense to invite other interested parties to ‘piggy-back’ onto their order.  The SETG, restoring The Bluebell Railway’s 4VEP No. 3417, were delighted to accept their offer.  The two groups have combined to allow a significant order of blue blaze fabric to be placed, allowing the passenger areas on both units to be brought back to serviceable condition.

“We are delighted to have been invited to collaborate with Project Commuter and the National Railway Museum. Restoring the trim on both units is vital to allow future generations to appreciate the evolution of the commuter railway from the 1950s to the present day.  In the case of No.3417, this offer will allow us to move closer to our initial group aim of bringing the 4VEP back to preserved lines to carry passengers once again.  Who knows? In the fullness of time we might yet see a 2HAP and 4VEP standing side-by-side at York!“

Of course, the question becomes “how do we pay for this”? Most importantly we have unlocked a potentially lucrative source of revenue for the unit thanks to a major sponsor; whilst we can’t reveal specific details at this stage, we hope to be able to bring you the full details later in the summer. Secondly we are working to bring the SETG Shop to life. From here you will be able to buy badges (strictly limited edition) and a variety of posters and prints related to 3417 and the Southern Region, along with the option of making one-off donations. We will be expanding our range of products as we move the project forward; more news on that soon! We are also working to set up an eBay account which will allow us to sell certain spares within our stores – some of the equipment we have been given is incompatible with 3417, but it will fit other Southern units. We will bring you more news on this front when we have it. In line with the Phase One goal of making the unit fit for passenger service, we will also be bringing the unit to heritage lines across the Southern Region, and perhaps further afield. We would like to hear from any heritage lines who would interest in hosting 3417; diesel galas are something we miss attending, and we would like to correct that!

Lastly we are pleased to announce that we now have a chartered engineer, Tony Francis, who will oversee any engineering changes made to the unit and will act as an independant assessor for the engineering work our technical team carries out. Tony brings a wealth of railway engineering experience with him and, we are proud to say, declared himself very impressed with the quality fo work already carried out when he visited Strawberry Hill. We are delighted to welcome him to the team and look forward to working with him.

Author’s Note – apologies for the lack of pictures in this update; our website has steadfastly refused to co-operate on the addition of images to this post. I have filled out a fault report which will be passed to our High-Technology Minion for fault finding and rectification!

High Tech Minion’s Note – Tested on Shed. No fault found.  Honestly Potter, what are we going to do with you? Suggest Senior Minion goes back to School for some tech retraining… 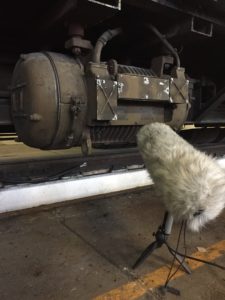